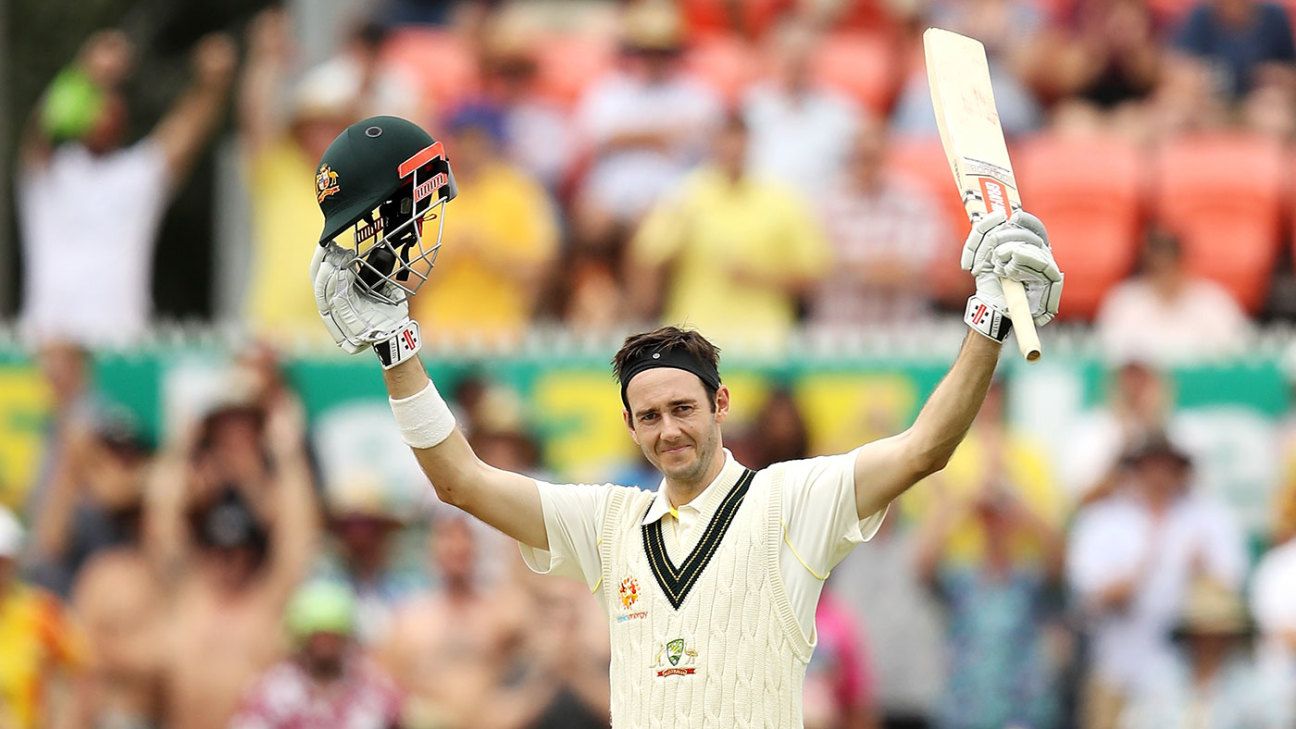 A year ago Kurtis Patterson had completed the high point of his career - a maiden Test century - and looked a more-than-even chance of being part of the Ashes. However, things did not turn out that way and this week in Sydney he will play just his second first-class match of an injury-disrupted season which has seen him slip back into the pack of batsmen-in-waiting.

His Ashes hopes dwindled during a lean Australia A tour of England before the squad was picked and hopes of forcing his way back into the set-up at the beginning of this season were dashed by a quad injury, initially suffered in training before its recurrence during the Sheffield Shield match against Tasmania. The 26-year old has since admitted he was too keen to push his comeback.

Patterson only returned to first-team action in mid-January - for his new BBL side Perth Scorchers - and will now finally have the chance to pull on the whites against Victoria at the SCG.

"I accepted the reality of the situation," he said. "I just had to concentrate on putting all my energy into getting my quad right. Its never nice to miss big chunks of cricket, especially when it feels like you are batting well, so just really stoked to be back playing."

It will take a lot for Patterson to get back in the Test fold any time soon. Australia swept all five home Tests against Pakistan and New Zealand with just two matches in Bangladesh between now and the start of the 2020-21 home summer. There is, perhaps, one middle-order position to play for with Matthew Wade having not nailed down his spot but Patterson is unlikely to figure in the thinking for Bangladesh even if he knows he remains in the selectors thoughts having been included in a strong Australia A side to face England Lions in Melbourne next week.

"Its a white-ball winter with the T20 World Cup on [next October] with the amount of white-ball cricket the boys are playing in South Africa and England," he said. "To be honest, Im just happy to be back playing. Ive worked on that skill of putting the Australian stuff out of my mind, theres only two Tests and they are in Bangladesh ,so who knows how much this back half of the season with a seaming, swinging Duke ball will count for that? It will just be nice to win some games for New South Wales and hopefully another Shield."

A return to Australia A colours excites Patterson as the selectors continue the recent trend of picking strong sides in what have become Test trials of late. Patterson benefitted from one last season when his twin hundreds against the Sri Lankans in Hobart hastened his Test debut when he had not been in the original squad.

"Lot of credit is due to CA, the feeling among the playing group is certainly that its a genuine second XI Australian team which wasnt really the case for a few years," he said. "The guys understand they are close, theres a bit of added pressure on those games, its not just a hit around for the young players of potential. Its always nice to play an English team and potentially leave some scars."

Beyond the latter part of this domestic season, Pattersons plans remain undecided. He has previously spoken about being keen for a county contract but he may put his focus into fitness and the fact he is due to get married.

"Still trying to work that out, Im getting married on May 16 so, in terms of cricket, that throws a bit of a spanner in the works and obviously with the quad I need to dedicate some time to that in the off season to make sure I get that right going into next summer."