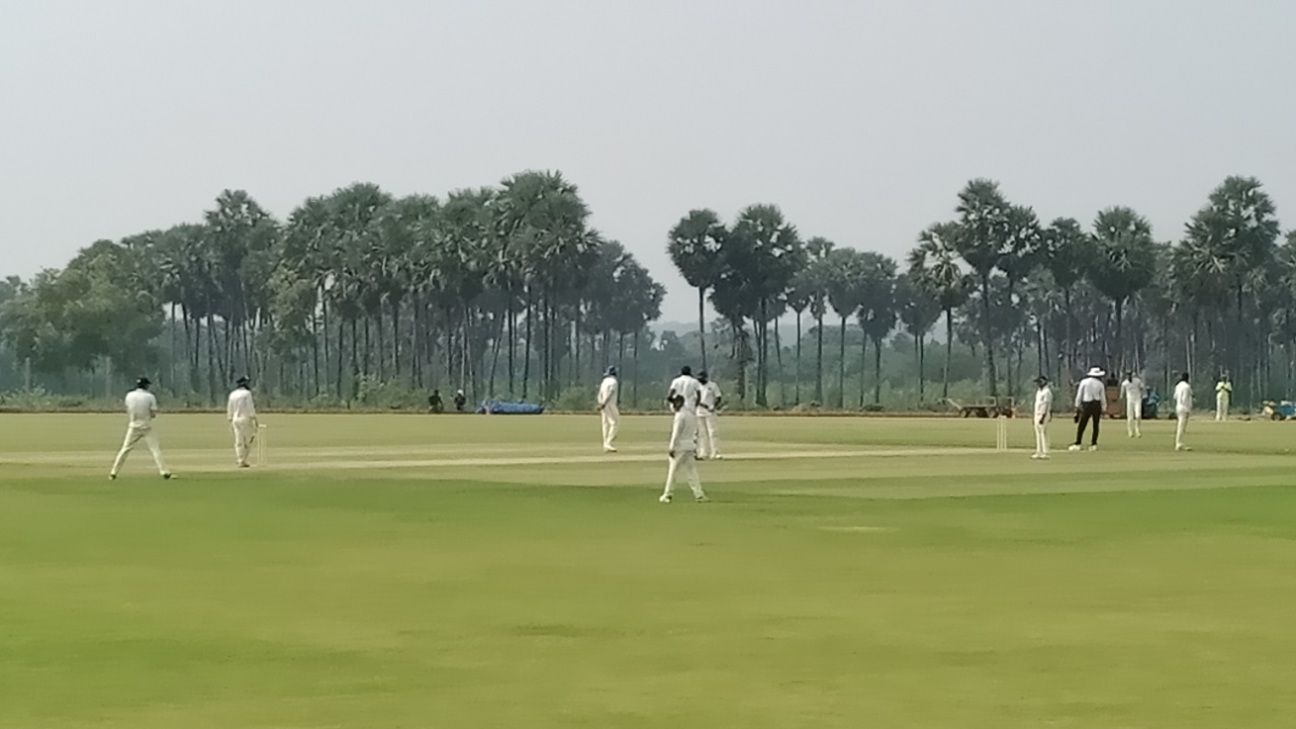 J Arunkumar, the former Karnataka captain, has hit out at "baseless allegations" of ill-health being touted as the reason for him stepping down as Puducherry coach midway through the 2019-20 Ranji Trophy league phase.

An official from Cricket Association of Pondicherry (CAP) told Times of India on Wednesday that Arunkumar "hadnt been keeping well and make frequent visits to hospital during the course of the season". At the time of writing, ESPNcricinfo was still waiting for a comment from officials at Puducherry.

Arunkumar said the allegations of ill-health were simply rumours, and that it was the "constant interference" from an official which created a "toxic team environment" which led to him resigning.

Thank u people for the concern & wishes. Im hale & hearty & contrary to reports, I HAVENT resigned as head coach of the Pondicherry team due to my health. I quit due to constant interference from an official, which made the dressing room environment toxic to say the least.

It was suffocating to work in a system with constant interference in all matters related to the team. That said, I wish the boys the very best. They are a wonderful bunch.

Puducherry won five out of their seven matches under Arunkumar this Ranji Trophy, in addition to having previously topped the Plate Group in the Vijay Hazare Trophy and qualifying for the quarter-finals. This had also earned them a promotion to Group C next year.

"There has to be a solid reason for someone to resign in these circumstances even though the team is on a winning spree," Arunkumar told ESPNcricinfo. "Ill-health is just an excuse. Im perfectly fine. I couldnt work in an environment where I wasnt given the space, team or an environment that allowed me to bring the best out of their players."

ESPNcricinfo understands the decision to make five changes to the Puducherry squad soon after their drawn fixture against Chandigarh on January 30 didnt go down to well with Arunkumar, who quit after that game. He said, "I was neither given the team I wanted or allowed to instill confidence in a young group that was always afraid of failure."

Arunkumar, a former Karnataka batsman who scored 7208 first-class runs, had previously coached the state to a back-to-back double-treble, winning the Ranji Trophy, the Irani Cup and the Vijay Hazare Trophy in 2013-14 and 2014-15.

Apart from Karnataka, the side with which he won the Ranji Trophy as a player in 1995-96, Arunkumar has also had coaching stints with Hyderabad, the 2018 TNPL champions Siechem Madurai Panthers and IPL side Kings XI Punjab.

CS Suresh Kumar, the former Tamil Nadu batsman, stepped in to coach Puducherry in an interim capacity in the wake of Arunkumars resignation, and was in charge during their previous league stage match, against Manipur. Suresh Kumar had been in charge of Puducherrys Under-23 side until this development.