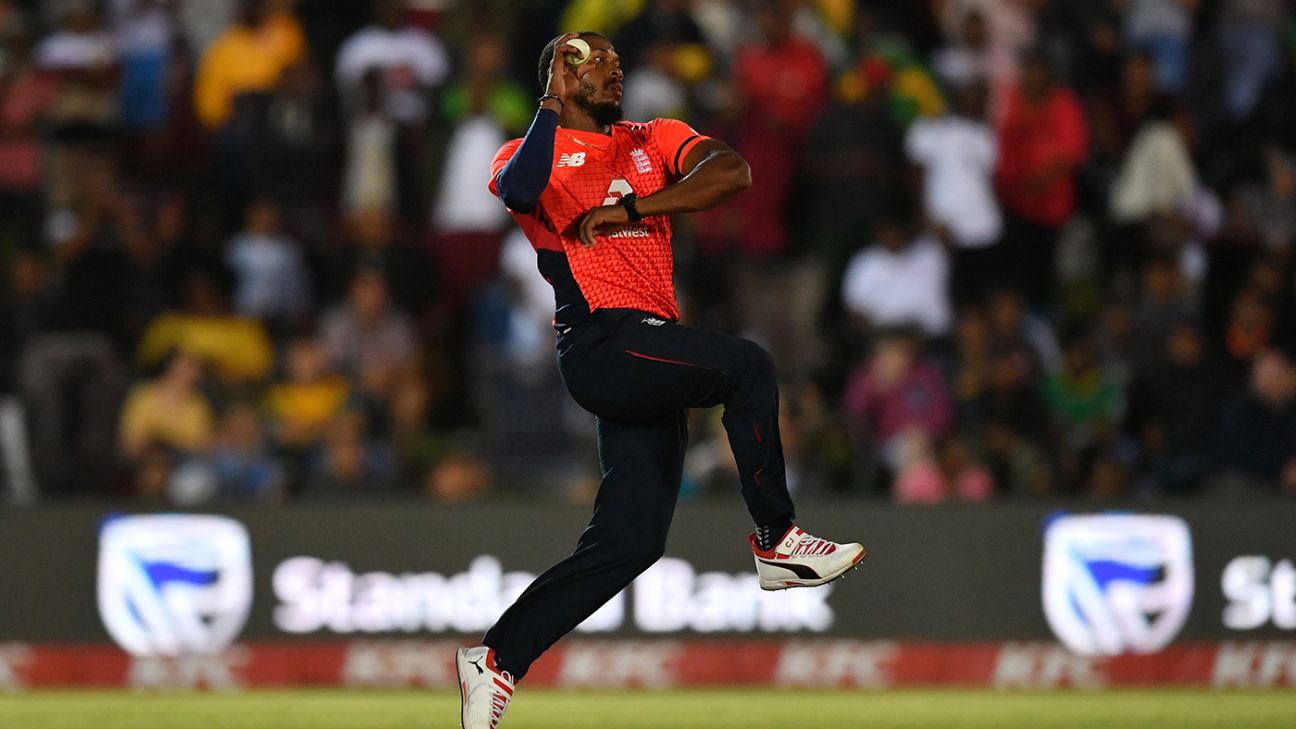 Chris Jordan has insisted that Englands fast bowlers do not feel as though they are playing for their places in their series in South Africa.

Jofra Archer is missing from the T20I leg of this tour due to an elbow injury, while Pat Brown, the death specialist who debuted against New Zealand in November, would have joined up with this squad but for a back injury.

But despite two death-bowling specialists lurking on the sidelines, Jordan does not feel that he, Tom Curran and Mark Wood are competing against one another in South Africa.

ALSO READ: Experiences like this are so valuable - Morgan

"One of the hallmarks of this team is that whoever is playing at the time is trying to keep their standards as high as possible," Jordan said.

"We have a strong squad here and any XI we put out on any given day is strong enough to beat any team so those are the things that we are trying to focus on as much as possible."

Englands seamers started poorly in Wednesdays game in East London, with Wood, Curran and Jordan shipping 49 runs between them in three Powerplay overs. They dragged things back at the end of the innings, in part thanks to an eventual adjustment to a pitch that suited cutters but also due to Adil Rashids tight spell in the middle overs which exposed South Africas lack of batting depth.

And Jordan suggested that while there was room for improvement, training against a powerful batting line-up provided plenty of scope for that.

"I honestly find our training sessions so beneficial because I am bowling at some of the best in the world," he said. "Literally, if you miss your mark, you go out the park.

"Equally, we have got conversations about what can work and how we can improve slower balls. A big strength of this team is our communication and our will to try to help each other get better."

Jordan found himself stranded at the non-strikers end in the climax of Wednesdays game, striding out to the middle with five runs needed from four balls only to see Lungi Ngidi close out an improbable win by conceding just three. And Jordan admitted that England could have been "a little bit smarter" having required seven runs from seven balls.

"With our batting line-up I am confident of chasing pretty much any score," he said. "Seven off seven should be doable. But credit to Ngidi, he bowled a good last over.

"Potentially we could have been a little bit smarter at times but T20 cricket is one of those things. You try to take the positive option more often than not and some days it goes your way, some days it doesnt."

Jordan impressed at the death in East London, conceding 14 runs and taking three wickets in his final two overs, but had struggled in the third ODI at the Wanderers. His last three overs yielded 40 runs on that occasion, with David Miller taking him for two fours and three sixes.

That said, his record in T20Is has been superb of late. Since the start of 2019, he has taken 16 wickets at 13.00 apiece for England, at a parsimonious economy rate of 7.75. While Archer in particular is almost certain to bowl at the death in the format when fit, Jordans record in international colours suggests that he need not worry too much about his spot in the side.