Pakistan have plenty of depth in their side, but India have won 26 and lost just 11 home ODIs since the 1992 World Cup 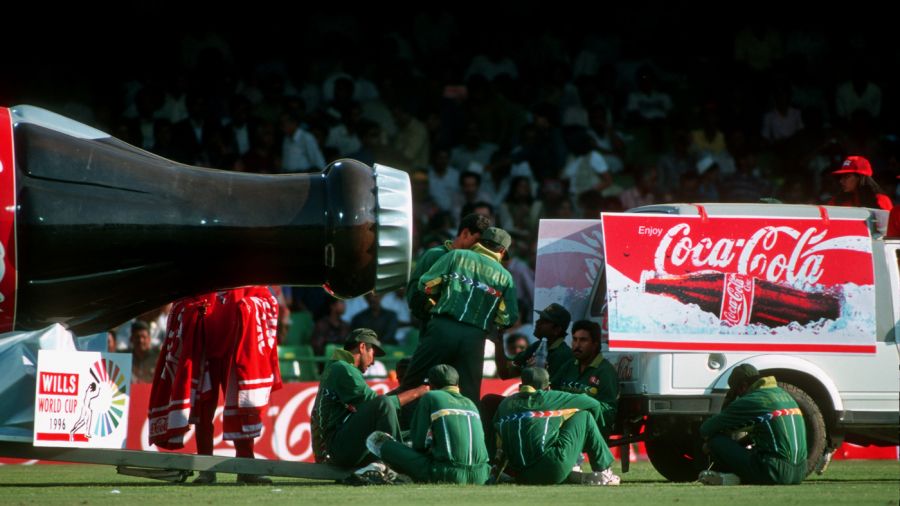 Its nearly a month since this World Cup began, and the actual action might only just be getting started. After 28 matches - 29, if you count the Kenya-Zimbabwe game that had to be replayed owing to a bad pitch in Patna - and two walkovers, the eight teams everyone expected to see in the quarter-finals have reached the quarter-finals. And everything theyve done this far counts for nothing. South Africa, who won all five of their group matches, will go out if they lose to West Indies, who won just two and suffered an embarrassing defeat to Kenya.

As cruel as that might be, theres something to be said for the sudden-death tension that knockout games bring. Nowhere will that tension be greater than at the Chinnaswamy Stadium on Saturday. For the other six quarter-finalists, defeat will simply be defeat, a bitter outcome but one you shrug off because its part of the fabric of sport. Not so for India and Pakistan, who come to this stage of the tournament under the sort of pressure that few teams in world sport can have experienced.

Neither team can afford to lose, but one of them will.

Who would you rather be? India, the home team who probably start this game as slight underdogs, given their patchy form in the group stage? Or Pakistan, the defending champions whove won four of their five group matches but are playing away from home for the first time in the tournament?

In terms of talent, Pakistan have more depth than India do, with a far more accomplished set of fast bowlers and a greater number of match-winners with the bat. But as good as their big names are, theyll need to be at their best to beat this India side, which has been formidable in its own conditions of late, winning 26 and losing just 11 home ODIs since the 1992 World Cup. In this period, each of their likely top six average in the 40s at home, and the home records of Anil Kumble, Javagal Srinath and Venkatapathy Raju are, likewise, world-class.

Nonetheless, India fans would do well to go into this game with lowered expectations. Can their new-ball bowlers - who took a beating at the hands of Sanath Jayasuriya and Romesh Kaluwitharana in Delhi - keep Saeed Anwar and Aamer Sohail in check? Can Kumble - who has had an exceptional tournament so far, bagging 11 wickets at 16.54 - overcome his ordinary record against Pakistan, against whom he averages 59.66.

And, above all, will 40,000 roaring Bangaloreans lift them or make them shrink into their shells?

Just how good is Sachin Tendulkar? Well, of all the batsmen whove scored 1000 ODI runs as opener, he has the best strike rate, and no one comes remotely close to his 93.65, with Sanath Jayasuriya (78.17) and Saeed Anwar (78.06) a distant second and third. And while scoring as quickly as hes done at the top of the order, he also averages 55.08. Gulp. Hes already lit up this tournament with hundreds against Kenya and Sri Lanka and a marauding 90 against Australia, and Pakistan will want to get him early if they dont want to be on the receiving end of another limited-overs masterclass.

On June 11, 1975, a day short of his 18th birthday, he made his debut for Pakistan, in a World Cup match against West Indies in Leeds. Now nearly 39, Javed Miandad is still around, and hell no doubt contribute to the sleepless nights that millions of India fans will endure before this quarter-final. All those fans will have Sharjah,1986 on their minds, but this World Cup has shown little evidence, so far, that Miandad is still the same player, or that Pakistan were right to recall him when hed played no first-class cricket since his last international game, in December 1993, and just four one-day games for Habib Bank at the turn of the year. India know very well, though, not to underestimate the old fox and his World-Cup-winners acumen.

Through this tournament, India have struggled to find the right opening partner for Tendulkar, but Navjot Sidhus 80 in their last group match against Zimbabwe seems to have solved that issue. The move down to No. 6 could suit Ajay Jadeja as well, allowing him to make full use of his street-smarts and hand-eye coordination while shielding his less-than-watertight technique from the new ball. His unbeaten 27-ball 44 against Zimbabwe showed just how useful he can be from that position, sparking a sluggish innings to life and gave India a decent total to bowl at. On the bowling front, India will most likely stick to the same combination that played Zimbabwe, unless they bring in a third seamer for the left-arm spinner Raju.

Wasim Akram picked up a side strain while batting during Pakistans last group match, and did not take the field during New Zealands innings, with Sohail standing in for him. Though Pakistan have had only two days between that match and the quarter-final, Akram is expected to be fit to resume bowling and captaincy duties. Pakistan have played three seamers and just the one spinner in all but one of their matches so far, but should the pitch call for a second spinner, they can call on the young offspinner Saqlain Mushtaq, who bowled impressively during his only match so far, against South Africa.

This will be the seventh ODI played at the Chinnaswamy Stadium, but the first one under lights. Spinners (ave 30.50, econ 4.32) have tended to do better than the quicks (36.97, 4.71) at this ground in ODIs, but there was some help available for the seamers during the most recent international game here, last years Test match where India beat New Zealand by eight wickets.

This is only the second time India are meeting Pakistan in six World Cups. To maximise the commercial possibilities of this clash, future organisers of the tournament could look to put these fierce rivals in the same group - its never happened so far - and ensure that they meet at least once.

Bangalore has hosted one previous World Cup match, in 1987. New Zealand reduced India to 170 for 7 in that game, before an unbroken partnership of 82 in 51 balls between Kapil Dev and Kiran More swung the match the home sides way. India eventually won by 16 runs.

The crowd at the Chinnaswamy Stadium could include a 23-year-old batsman who narrowly failed to make the cut for Indias World Cup squad after featuring in their list of probables. Rahul Dravid enjoyed a stellar 1995-96 domestic season, scoring 968 first-class runs at 80.66, with five hundreds in 11 matches, and 450 List A runs at 75.00, with five half-centuries in nine innings.