Allrounder played three Tests for England in 1960, winning all of them 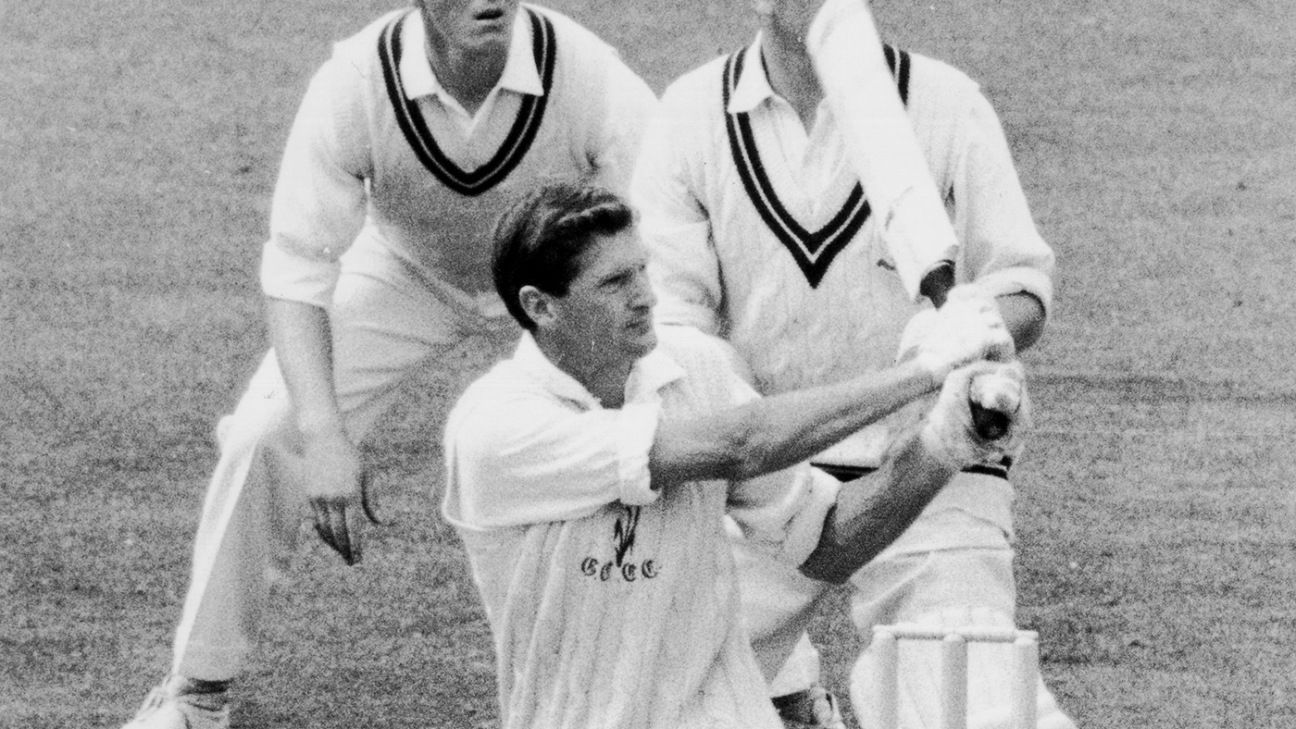 A dependable option with bat and ball, Walkers standout attribute was his close catching: he managed 697 catches over the course of his first-class career, including a club-record 656 for Glamorgan, with the vast majority at either slip or short leg.

Partly educated in South Africa, Walker spent two years in the navy before starting to play first-class cricket, making his debut in 1956. He passed the 1000-run mark in 11 separate seasons as an attacking middle-order batsman, and after starting out as a left-arm swing bowler, he developed into a left-arm orthodox spinner towards the end of his career.

He made his Test debut aged 24, making 9 and 37 in a win against South Africa at Edgbaston, and added his only half-century at Lords two weeks later. But three games - and three wins - into his England career, he was left out and was never called upon again. Alongside Martin Saggers and Toby Roland-Jones, he is one of three men to have played three Tests or more in his England career while maintaining a 100% win record in the post-war era.

He was a key part of the Glamorgan side that went undefeated in the 1969 County Championship season, which culminated in the clubs second title, and retired in 1972 to further his broadcasting career with the BBC, where he was the face of Sunday League coverage for several years.

He went on to become an administrator, and was a driving force behind the creation of the National Cricket Centre for Wales at Sophia Gardens. In 2010, he was awarded an MBE for services to cricket, primarily for his role at the centre.

He later had a short stint as Glamorgan president, starting his tenure in March 2009 but resigning in November 2010 following the sacking of Jamie Dalrymple as captain and the departure of Matthew Maynard as coach.