England men's players announced an initial donation of £500,000 'to the ECB and selected good causes' on Friday 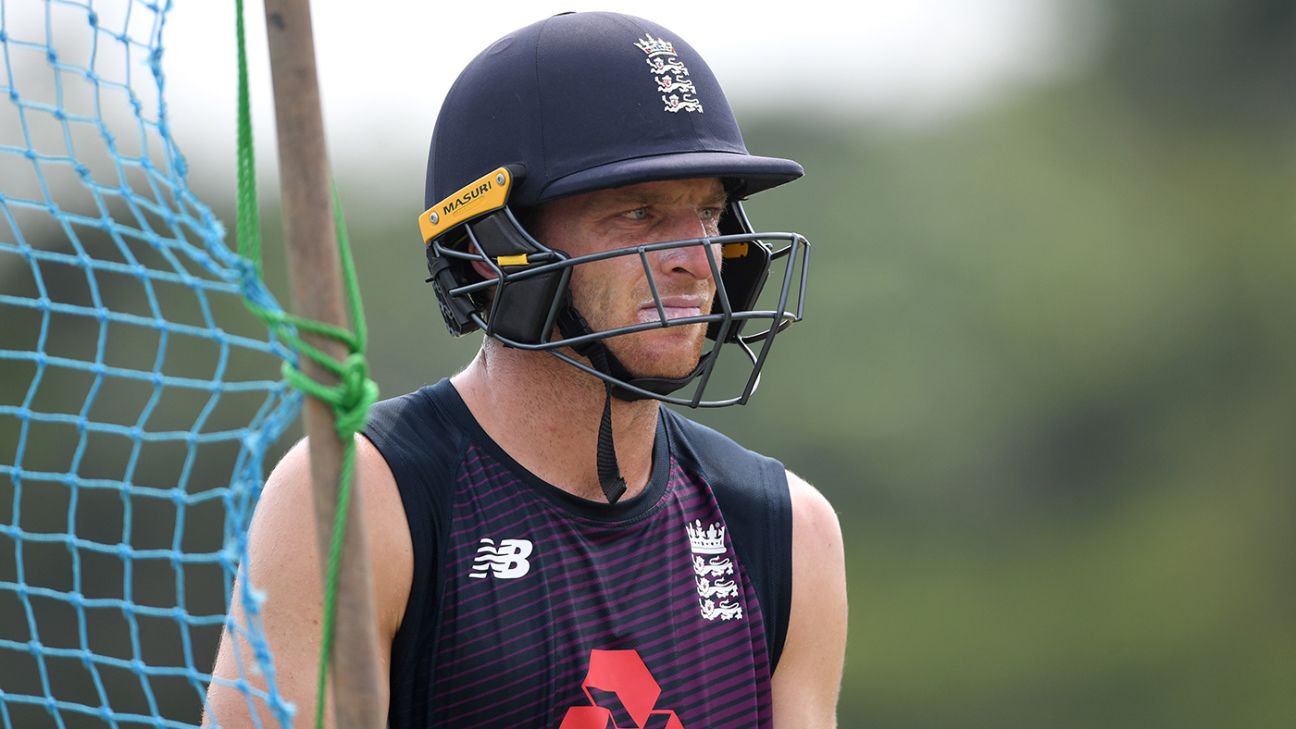 Jos Buttler has called for the money donated by Englands centrally contracted players to be directed to grass roots cricket.

England mens players announced an initial donation of £500,000 "to the ECB and selected good causes" on Friday in recognition of the challenging situation faced by a game confronted by the Covid-19 pandemic. And while the announcement suggested "the precise details of the charitable donation will be decided over the next week by the players" Buttlers personal preference is clear.

"I think the players would love that money to go towards grass roots community stuff," Buttler said. "There are so many different areas that are going to be affected: grass roots, youth coaching and disability sports.

"As players were all very aware of the other affects this is going to have drip feeding down into the game and without grass roots cricket were nothing, really. Thats the people were trying to inspire. Thats the whole point of something like The Hundred: its to inspire a new generation and bring new people into the game.

"So I know the players are very strong on wanting that money to help that grass roots structure and pathway because we need to bring people into the game and make sure that is very strong. Personally, yes, grass roots causes would be my choice."

Buttler also revealed the inspiration for his decision to auction the shirt he was wearing when he completed the run-out that sealed the World Cup. Buttler is selling the shirt to help the Royal Brompton and Harefield Hospitals charity purchase an ECMO (Extra Corporeal Membrane Oxygenation) machine which provides life support to people with life-threatening heart or lung problems. The top bid is, at the time of writing, £65,800. The auction ends on Tuesday evening GMT and can be followed here.

"My wife, Louise, has an aunt who is the head of paediatrics at the Royal Brompton Hospital," he said. "So last summer - and the year before - weve been into the hospital to see her and the work she does. When this outbreak started we were speaking to her about what it was like and whether there was anything we could do to help.

"She said its true what the media are saying: doctors and nurses have been working incredibly long hours and struggling for simple things like snacks and toiletries. She said there was a donation we could make on her [charity] page which I did and a few of the other England players did. I think they had a Waitrose delivery on Friday, so a bit of money went to that.

"She also told us about the emergency appeal the hospital had started. They were looking to raise £100,000 to buy emergency equipment. I said we could auction my World Cup shirt to raise some money for that."

As well as wearing the shirt at the key moment of the match - he wore a different one while batting - Buttler also revealed he wore it throughout the following night of celebrations and that it has been autographed by his teammates.

"Its the shirt I fielded in for the 50 overs and the Super Over," he said. "I probably took it off about seven oclock the next morning. They were great times; those times in the dressing-room and then we headed back to the hotel bar with everyone still in full kit. Everyones autograph is on the shirt. Its seen it all, that shirt. It smells pretty authentic."