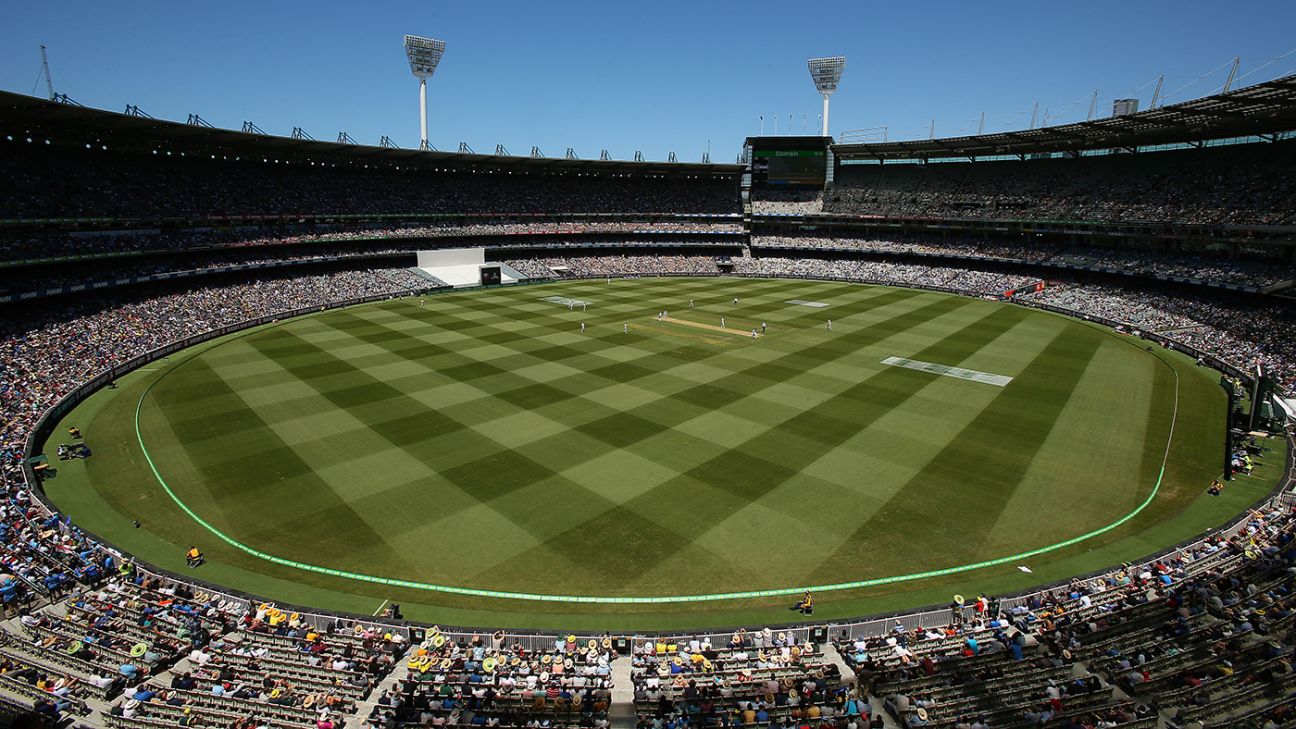 Former Australia captain Mark Taylor has raised the prospect of the Australia-India Boxing Day Test being moved away from the MCG if other venues are able to host larger crowds.

Although still six months away, the recent spike in Covid-19 cases in Victoria - 75 were recorded on Monday - has brought into doubt when crowds will be able to return in the state.

Adelaide and Perth have been talked of as alternatives for the Boxing Day encounter with both South Australia and Western Australia continuing to ease restrictions. Perth Stadium is set to be able to fill its 60,000 capacity for football matches from the middle of July while Adelaide Oval is able to host crowds of up to 25,000 - 50% of its capacity.

"If you look at whats happening around Australia, by Christmas time the MCG may only be able to host 10,000-20,000 people, which is not going to look great when youve got a real iconic Test match," Taylor told Nines Sports on Sunday.

While the prospects of the Australia-India series taking place have been promising for some time, there had been a talk of the possibility that it would have to be played behind closed doors - as will be the case when international cricket returns with the England-West Indies series next month - with India potentially using a single venue as a hub.

However, as the Covid-19 situation improved in the country so too did the hopes of a traditional schedule although the situation in Victoria is a reminder of how quickly things can change. The current schedule has the series being played in Brisbane, Adelaide, Melbourne and Sydney with Perth hosting Afghanistan in late November but Cricket Australia had said all fixtures were subject to change. Western Australia though voiced their anger at not being given a lucrative India Test.

Speaking last week, Australia captain Tim Paine said he hoped to be playing in front of crowds this season.

"Given the current circumstances, I dare say everything is well and truly on the table. We are hopeful that everywhere we play come summer time, we would be able to have crowds," he said. "How big they are, we dont know, obviously. But its a difficult one for anyone to answer because there is so much changing week to week, day to day. Give it is three or four months, we just dont know what it is going to look like.

"Certainly, from a players point of view, we want to be playing in front of big crowds at the best venues and a big day like Boxing Day is something that everyone looks forward to and a big part of that is playing at the MCG.

"Fingers crossed things are going well enough that we can do that but, as I said, we are spoilt for choice here in Australia with some world-class stadiums. If something had to change, then, again, we have plenty of options."