Pelham Warner's association with club could also come under scrutiny 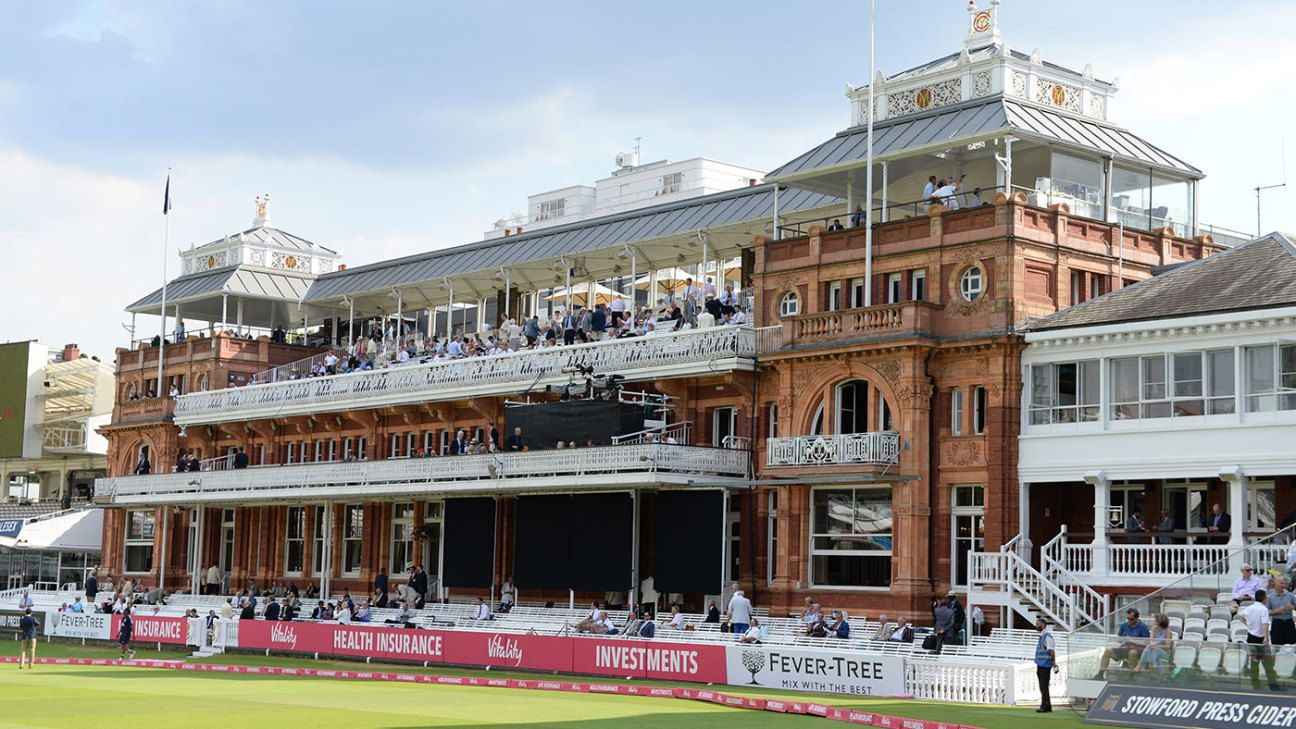 MCC have launched a review into their extensive art collection - the largest cricket-related collection in the world - after removing artwork relating to Ben Aislabie, the first secretary, from public view.

Until recent days, there were two paintings of Aislabie hanging in the pavilion at Lords with the club also owning a third painting and a bust.

But while Aislabies contribution to the club, as secretary for 20 years, is undeniable, so are his connections with the slave trade. He owned slaves in Antigua and Dominica and was compensated by the British government when slavery was abolished in 1833.

Now, as MCC grapples with its past in a modern perspective, the club has decided to remove the items from public view. It possible they will eventually be displayed in the clubs museum with a full explanation of his past and relevance to the club.

"MCC has the largest collection of cricket-related art in the world, which captures the entire history of the game, including key personalities in the history of the Club and world cricket in general," the MCC said in a statement. "In relation to Benjamin Aislabie, his artwork has been removed from public display with immediate effect and we will also be reviewing our collection in full."

The club is also likely to reflect on the appropriateness of having a stand bearing the Warner name. While Pelham Warner, the former England captain and MCC president, was born in 1873 about 40 years after the abolition of slavery, he was born, in Trinidad, into a family that had made a fortunate from slavery and plantations.

In a piece published by ESPNcricinfo on June 28, the academic Dr Richard Sargeant asked "how a black person is meant to feel when they go to Lords - the so-called home of cricket - and there is a stand named after a man whose family wealth was built on slavery."

Sargeant also questioned the clubs decision to appoint presidents who had been part of rebel tours to apartheid South Africa. Mike Gatting (2014) and Derek Underwood (2009) have both held the role in relatively recent times.

MCC has modernised relatively quickly in recent years. Despite only voting to allow female members in 1998 - 211 years after the club was founded - the club recently announced the appointment of their first female president. Clare Connor, the former England captain, will succeed Kumar Sangakkara, who became the first non-British president of the club in 2019, in October 2021.

Among other recent contributions, the club funded the MCCU scheme for 16 years - the ECB have just taken ownership of it - and has a charitable arm, the MCC Foundation, which aims to "remove financial barriers to participation and empower young cricketers to reach their full potential." The club also reacted to the Covid-19 pandemic with a fundraising campaign among members to help feed vulnerable people.

At the clubs AGM last week, it was confirmed that Life Membership would be made available to people outside the MCC waiting list for up to £75,000, in a bid to offset some of the losses expected due to the Covid-19 pandemic and to ensure that the £52 million refurbishment of the Compton and Edrich Stands continues uninterrupted.