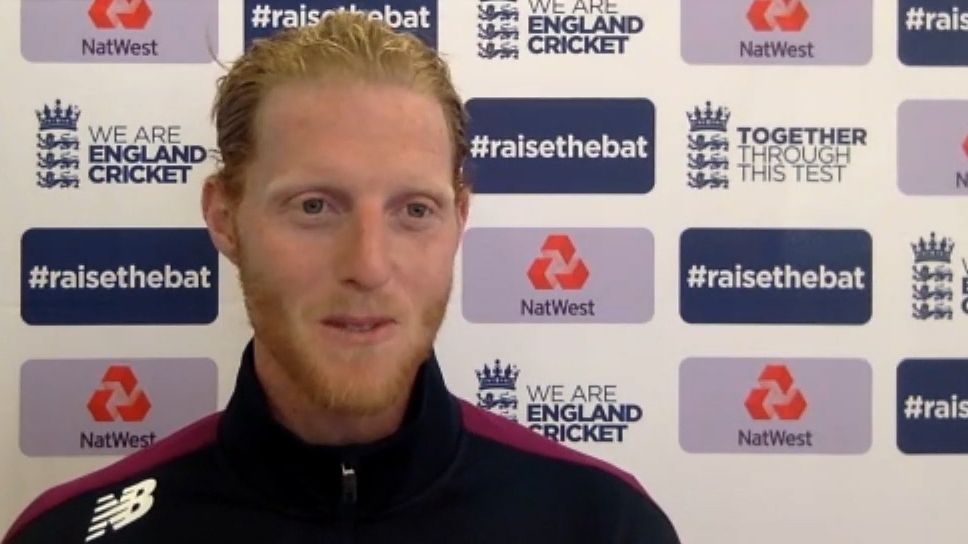 There have been times in Ben Stokes career - you know the times; we dont need to rehash them here - when the captaincy of England seemed a distant dream.

So it is a reflection of how much he has matured as a cricketer and a man that he seems the obvious choice now. With Joe Root expected to miss one of the Tests against West Indies to attend the birth of his second child - the need to self-isolate for a week before returning to the team environment will extend his absence - Stokes, the sides vice-captain, is set to step up. At some stage in the next couple of weeks, probably in Southampton for the first match of the series, Stokes is likely to become Englands 81st Test captain.

While his experience is extremely limited - he captained Durham Academy in three matches in 2008; hes never done it in first-class, List A or T20 cricket and says the job as "never been a goal" - he is the natural choice. Already a leader in the dressing room, he has the complete respect of his team-mates, an understanding of the culture of the side and no long-term designs on the job. Root can, therefore, go away safe in the knowledge that his team will be in safe hands in every way.

Perhaps, were this a long-term appointment, there may be concerns. The media obligations, the meetings, the mental burden of planning, managing and worrying for 10 others can start to weigh on even the most enthusiastic captains.

Certainly that seemed to be the case when Sir Ian Botham, the man who perhaps most resembles Stokes as a cricketer, was appointed in 1980. England won none of the 12 Tests in which Botham was captain and, during that period, he averaged 13.14 with the bat and 33.08 with the ball. To be fair to Botham, nine of those Tests were against an outrageously good West Indies team. In retrospect, drawing six of those matches doesnt look such a bad effort.

Either way, this is not a long-term appointment. It is likely to last, at this stage at least, just one game. Stokes shoulders should be plenty broad enough to carry the burden for a few days. There is no other option that can, at this stage, be considered an automatic selection for every game (James Anderson and Stuart Broad could well be rotated this summer; Jos Buttler and Moeen Ali are fighting for their places) or possessing the requisite experience. In a year or twos time, Rory Burns may come into the equation in such situations.

With the bat, Stokes role will remain just about the same. In recent times, as he has evolved from a dangerous batsman into a consistent one, he has tended to build his innings in fairly traditional fashion. Yes, he has another gear that few can emulate. But the basic role of a batsman - clearing their head and focusing on the next ball - will remain. An England batting line-up missing Root needs Stokes runs more than anything else he can contribute.

Its in the field where Stokes role may change. Root has tended to use him as something of a last-resort bowler; the man he turns to when the pitch is flat, the ball old and the opposition set.

Hes a better, more versatile bowler than that, though. Whether the situation requires him to find swing or test the batsmen with the short ball, he has the weapons to prosper and may operate in a more conventional third- or fourth-seamer role.

He laughed off the suggestion that he could over-bowl himself. Initially, at least. "If it is flat, I will throw the ball to Jofra, Jimmy and Broady and say here you go," Stokes said.

But the opposite is probably true. It may be in those moments, when the pitch is at its flattest, that Stokes is most prone to take on too much responsibility and over-bowl himself. Andrew Flintoff did something similar at Lords in 2006 when he hurled himself through 68.3 overs (51 of them in the second innings) and rarely looked as potent again. In those moments, it will fall to Englands other senior players, the likes of Broad and Buttler, to have a quiet word.

There may be a perception that they will need to step in if Stokes starts to lose his cool, too, but that seems unlikely. While Stokes has not been short of a jibe to an opposition player, he is, at this stage of his career, very much in control of his emotions.

Perhaps the least surprising aspect of all this is Stokes promise to "always" take the "positive route". At one stage on Monday, he joked he would be the sort of captain to employ "nine slips and a gully" - a novel solution to Englands wicketkeeping uncertainty - but he also acknowledged both his own experience (he has played 63 Tests now; thats 11 more than Sir Don Bradman) and the experience within his team. He wont be short of advice if required.

"Ive been a senior player in the team since 2016," Stokes said. "Being able to learn from Alastair Cook and Rooty in different situations has rubbed off on me.

"At the same time, weve got some really experienced guys. Id like to think that Ill be quite an open captain. I wouldnt want to think that my way is the only way. There are 11 guys out on the field, so why not get 10 other opinions?

"I guess Ill have to be a bit more mindful if I am the one making the decision about how much I bowl. If I am bowling well, Rooty doesnt just say keep going. He says one more. And he will say that for another four or five overs.

"But I have been in so many different situations on the field that I can relate back to. And I can ask what would Joe expect me to do in this situation?"

The toughest aspect for Stokes may simply be retaining focus in the field. His catching ability is a crucial asset for England, so being able to compartmentalise the concentration required for that alongside planning for the next bowling change could be demanding.

"I always try to set the example in terms of attitude and commitment," he said. "Having the added responsibility of being a captain also comes with pressure, in terms of making decisions through tough periods of the game.

"But thats not going to change the way that I go about things. Ill try to make a positive impact with the ball or bat in my hand. No matter what I do, it will always be the positive route.

"But its a huge honour. Even if its only the once you can still say yeah, Ive captained England. So Im really looking forward to it if the opportunity presents itself. But I know Im only stepping in for one game because of Joes personal situation."

Theres a symbolic aspect to all this, too. Stokes admits in his most recent book, On Fire, that losing the vice-captaincy was the most painful of all the sanctions he faced after the incident in Bristol. This promotion to the captaincy cements the impression that he has not just won back the trust of the team management; he is seen as a role-model, an inspiration and a leader. He is a top player at the peak of his powers. Theres no reason to think he wont cope.